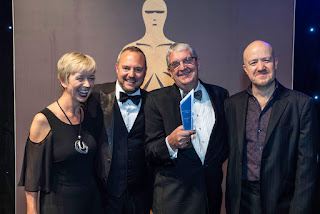 I start this week with some fantastic news!  AToM’s Chairman and Founder (and my father!) Victor Jannels, received an award for his ‘Outstanding Contribution’ to the mortgage industry last week. The British Specialist Lending Awards ceremony was held at the spectacular London Waldorf Hotel and Vic was truly surprised and delighted, thanking everyone for their kind support and nominations.  Well done VJ!
In other news, the market is reported to be pretty flat currently, some estimating the impact on April was as much as 25% lower in property transactions than during March 2018.
With this in mind, it’s good to see a number of lenders making changes to criteria or launching new products to try and offset the downturn.
One such lender, Kensington Mortgages has increased its loan to value (LTV) to 90% of the property value up to £1m loans, including options for those who might have had a credit blip previously.  This also includes new build flats and right to buy flats.  For those with a 20% deposit, the loan can go as high as £2m.
Staying with Kensington Mortgages, they’ve also added Limited Company mortgages to their Buy to Let options, up to 80% LTV, and offer a simpler process with limited company investors only being assessed on the property portfolio of the company.  Terms and conditions apply!
Rates have increased slightly though with Moneyfacts, the data provider, suggesting that the average cost of a two year fixed rate has risen to a twelve month high of 2.52%.  Whilst five year fixes remain the most popular in recent months, demand for shorter deals has been rising.  Changing SWAP rates (the mechanism through which lenders can acquire a fixed price for funding over a specific period of time) has seen a number of lenders reprice upwards over the last week or so, and although not directly linked, this is despite the Bank of England base rate remaining at 0.5%.
This should encourage anyone considering reviewing their mortgage options in the not too distant future, to possibly consider it sooner as the ‘rate hike’ hints keep coming!  Always seek advice!
Share: