Wow, February already!  Time flies.  It also brings us another month closer to Brexit.  Uncertainty remains and nobody knows what lies around the corner.  However, we’ve been through this before.  Remember the millennium bug that was going to be the ultimate in chaos, computers wouldn’t work and the world would be a worse place, etc etc?  But it didn’t and it wasn’t!  Life will continue the following day after Brexit and we can move forward, whatever the outcome.  The future might just be slightly different from beforehand, but we adjust.  That includes our financial sectors.  It had a huge downturn and readjustment back in 2007 and we lost a large number of lenders.  But, over the last 24 months a number of those same funders have reinvested in new lending platformsand opportunities have arisen again.

With uncertainty brings change!  Several lenders have recently changed rates or criteria in the market to assist customers. 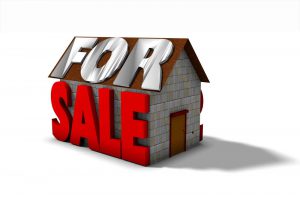 VIDA Homeloans has increased its Buy to Let loan to values from 80% to 85% for loans up to £250k for properties outside of the M25.  This now means there are three lenders in the market that only need a 15% deposit for a buy to let.

They have also increased their Residential loan to value offerings from 85% to 90% with a max loan of £400k.  A number of their rates have also dropped by up to 0.5%.  Great move from this specialist lender.

In the mainstream sector, we’ve seen changes from Virgin, Platform, TSB, Barclays, Coventry and Saffron Building Society.  Some rates up, some rates down.

Complex scenarios are on the increase.  We had one recently where the clients had built a number of properties but could not sell them for the desired price, siting Brexit as a major factor in this.  Having financed the build with development funding, this can be quite expensive if you run over the agreed timescales.  In addition, this company was running at a loss for this project, as all the building costs had been put through the accounts without the counterbalance of the properties selling to recoup funds.   Not a case many lenders would look at!  However, a lender was found who was willing to assist due to the fact that the clients had previously completed many projects like this, had a number of shareholders, and, as they were converting the properties in to Buy to Lets, this would be a long-term venture.

This is the benefit of using an independent adviser rather than anyone limited to a small selection of mortgage lenders and a restricted panel.