Short term finance (Bridging) was initially used as a way to mend a broken link in a housing chain and typically used to ‘bridge’ the gap between a house sale and completion.

However, bridging is often also used for people buying at auction, to meet strict deadlines – usually of 28 days – for people wanting to carry out refurbishments to boost the value of their homes or for numerous business purposes. Some lenders will also help with short term VAT requirements subject to strict controls.

In more recent years, the market has seen a broader number of uses for short-term loans as their popularity has increased. For example, many commercial premises are now being converted into residential houses or flats, because of the expansion of permitted development rights, and bridging loans can be used in the initial stages of the conversion with longer term funding provided once the building project has started. Short-term finance can be used to buy new equipment, to build up stocks ahead of an expected rush on seasonal orders, or for buying shares in another business. It’s becoming increasingly popular, mainly because of its speed and flexibility. 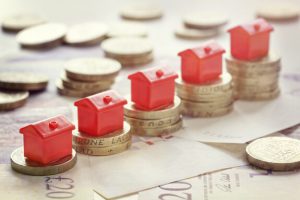 For example, a couple may own a £300,000 house with an outstanding mortgage of £150,000. They may have seen their dream home for £500,000 but the vendor will only sell on condition that they exchange contracts within three weeks and complete in four. It may be difficult to get the finance from a bank or building society to buy the house in such a tight time frame, so they can take out a short-term loan, which is regulated by the Financial Conduct Authority (FCA) as a stop-gap. Short-term loans are typically for 12 months and the borrower pays monthly interest, which can be “rolled up” and deferred until the loan ends. However, the loan can usually be paid off before the loan ends. In this case, it could be when the couple sell their previous house.

Alternatively it might be used for a commercial property acquisition. An investor may want to buy additional units on a business park. However, the seller will cut the price of the sale if the investor can pay within three weeks. His bank may be unable to provide the money needed in such a short timescale, so he will be able to take out a bridging loan to cover the purchase cost, secured against the other units already owned on the business park. Lenders could provide the loan ahead of the deadline, giving the investor time for his bank to release the funds to pay back the loan.

Whatever the scenario, short term finance can be used for a wide variety of opportunities and as always, seek professional advice.