Be aware of your mortgage rate and options

In historic columns I have used the word ‘panic’ to describe the possible rush to secure a good mortgage deal before they vanish when rates rise. It’s not quite at that stage just yet, but we have seen some rate rises this week from both Santander and TSB. 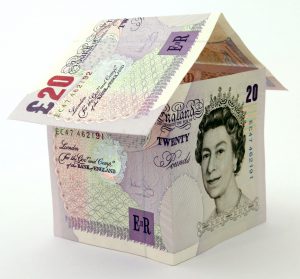 However, there is another important term I think worthy of mentioning now and this is ‘Payment Shock’. A well worn term during the mid to late 90’s and one which I think Mr Jannels ‘senior’ may have played a part in coining! It describes the potential increase in monthly mortgage payments when an incentive period, for example a fixed rate, comes to an end and the mortgage moves to the lenders standard variable rate. It is worth reflecting that a one per cent uplift on a mortgage of £200,000 may mean a monthly increase of circa £166 and, in many cases the rate may well increase substantially more than this. Imagine the impact of a two or three per cent rise! Not unusual if the lenders standard variable rate is in the late four per cent range. We know one that’s over six per cent!

We try to keep a listening ear open to those in our sector who are considered ‘gurus’ and their predictions on interest rate rises and when they will happen. In truth, no one can be certain, other than that they will rise, although this has been mentioned for over ten years! It is important therefore for mortgage borrowers to consider the potential of any rate increase (payment shock) and how it will affect them. A good time perhaps to consider a new fixed rate?

Finally, a commentator once wrote about consumers carefully researching prices for a new dishwasher or fridge and then shouting from the rooftops when they have saved £20 from shopping around. And, why not? Yet the financial press and advisers alike will regularly lament on the fact that borrowers will allow their monthly mortgage payments to continue regardless when they could be saving multiples of £20 every month especially when such a saving could go towards paying for life insurance, that they may not currently have!