Don’t be loyal to your current mortgage provider when rates are so low, think of number one!

It really appears to be a race to the bottom!  In the last few weeks, we’ve seen five year fixed rates available from 1.45% and two year fixed rates starting from just 1.19%.  Obviously, terms and conditions apply based on individual circumstances, but if you’re looking to change your current mortgage, use the uncertainty across the economy (and country!) to your advantage!  Not only are there some great rates to be had, but if it is a re-mortgage, a number of lenders will also cover your legal and valuation costs to transfer you over. 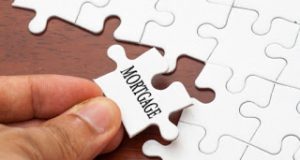 The Financial Conduct Authority reports that 5.5% of mortgage lending in Q2 2019 was for over 90% of the property’s value.  There are now several lenders who will consider 95% loans, so just a 5% deposit, if you know where to look!

Finally, when asked why people do not switch mortgage providers, the general response is because they think they are too complex to be helped.  In a market with highly competitive rates, many lenders have looked at other ways to assist customers rather than just pay rates.  This can include criteria such as types of property, types of customer, income make up (self employed, etc), guarantors, charges on more than one property and so on.  The likelihood is that you are not alone in your requirements and there will be a lender out there willing to assist and who probably needs you just as much as you need them…